Life in a peat bog

Earlier this month I spent a fascinating day with Lyndon and Jenny from Yorkshire Peat Partnership. For the best part of six hours we wandered around Fleet Moss – once covered in a rich peatland habitat, but now much of it is a desolate landscape, in parts resembling a First World War battlefield. It’s the worst peatland site the partnership has discovered in the Yorkshire Dales and as such, it’s one of the areas being prioritised for restoration on a massive scale.

There are a number of reasons why sites like Fleet Moss are in such a bad state but the major contributing factor is almost certainly the agricultural policy of over 50 years ago when farmers were encouraged to drain boggy sites to improve the land for grazing. The policy was well intentioned and it is only in more recent times that this has been shown to be misguided and extremely damaging.

The resulting ditches, or grips as they are known, are mostly devoid of vegetation and only serve to increase erosion. There is also a thought that an ancient boundary marker has exacerbated this problem on Fleet Moss, with a likely congregation of both human and livestock footfall along this area. As a result a significant area of the moor is covered in hags – mounds of peat raised high above the surrounding channels and ditches. 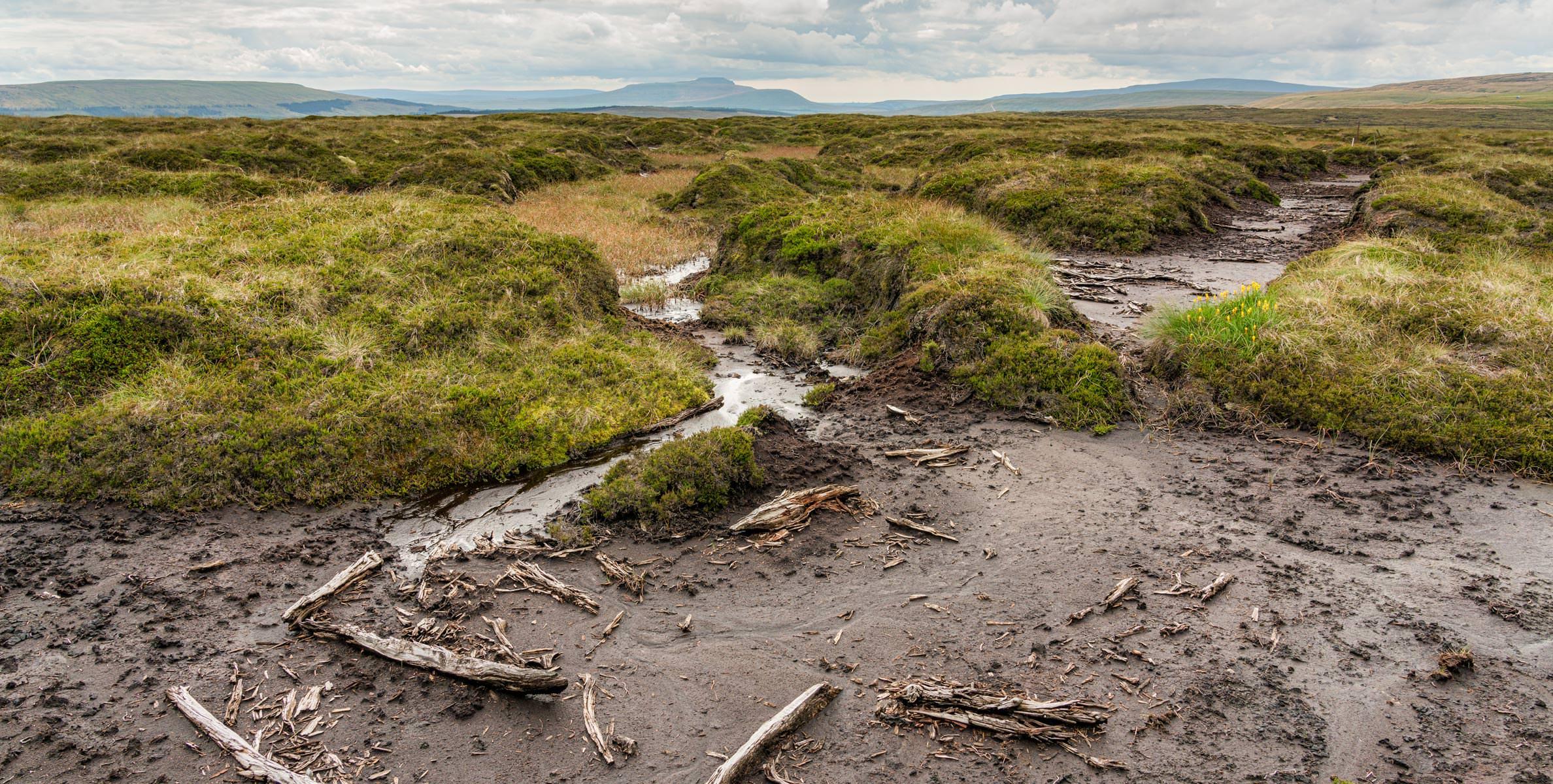 These channels and ditches simply aid the flow of water off the moor and cause massive problems in the dales below. Extreme weather is part of the issue but the extent of flooding is exacerbated by the inability of the uplands to provide the kind of natural flood defences of which it is capable. The problem can also be seen in the likes of Semer Water and the Wharfe, with staining and silt from the peat. Peaty water must be filtered before it can be safely treated to become drinking water. This is an expensive procedure and the cost is of course passed on to us, the customers.

A number of different factors have contributed to large areas of the moor being worn down to bare peat and, in places, even down to the rocky, mineral layer below the peat. Some of the channels are several feet deep and work has started to begin to shore these up. Hundreds of coir logs are used in this process, with hundreds more to be flown in this winter. The beneficial effects of these are evident, with vegetation already starting to grow back in some areas. Cottongrass plug plants have also been introduced and it was encouraging to see these starting to sprout new and healthy growth.

It was interesting to see the range of other plants growing on Fleet Moss and to understand their place, or otherwise, in this habitat. Of course Sphagnum moss (and there are countless varieties) is one of the most important plants you will see growing in a peat bog. Apparently the plants hold over 20 times their weight in water! Much of the Sphagnum moss was dry and yellow, having been deprived of the water on which it thrives. Conversely, star moss typically thrives in a drier environment and is something you would not wish to see growing in abundance on Fleet Moss.

By the same token, it was not a good sign that we saw a patch of harebells growing in one area – I tend to think any native wild flower must be good – but of course, they are all associated with particular environments. Other plants that thrive in peat bog are crowberry (not a plant I knew other than by name), bilberry and, much to my surprise, cloudberry. I had eaten cloudberries in Norway a few years back and had no idea they grew in the Yorkshire Dales – sadly we saw no berries, only leaves – but it was great to learn they exist here. 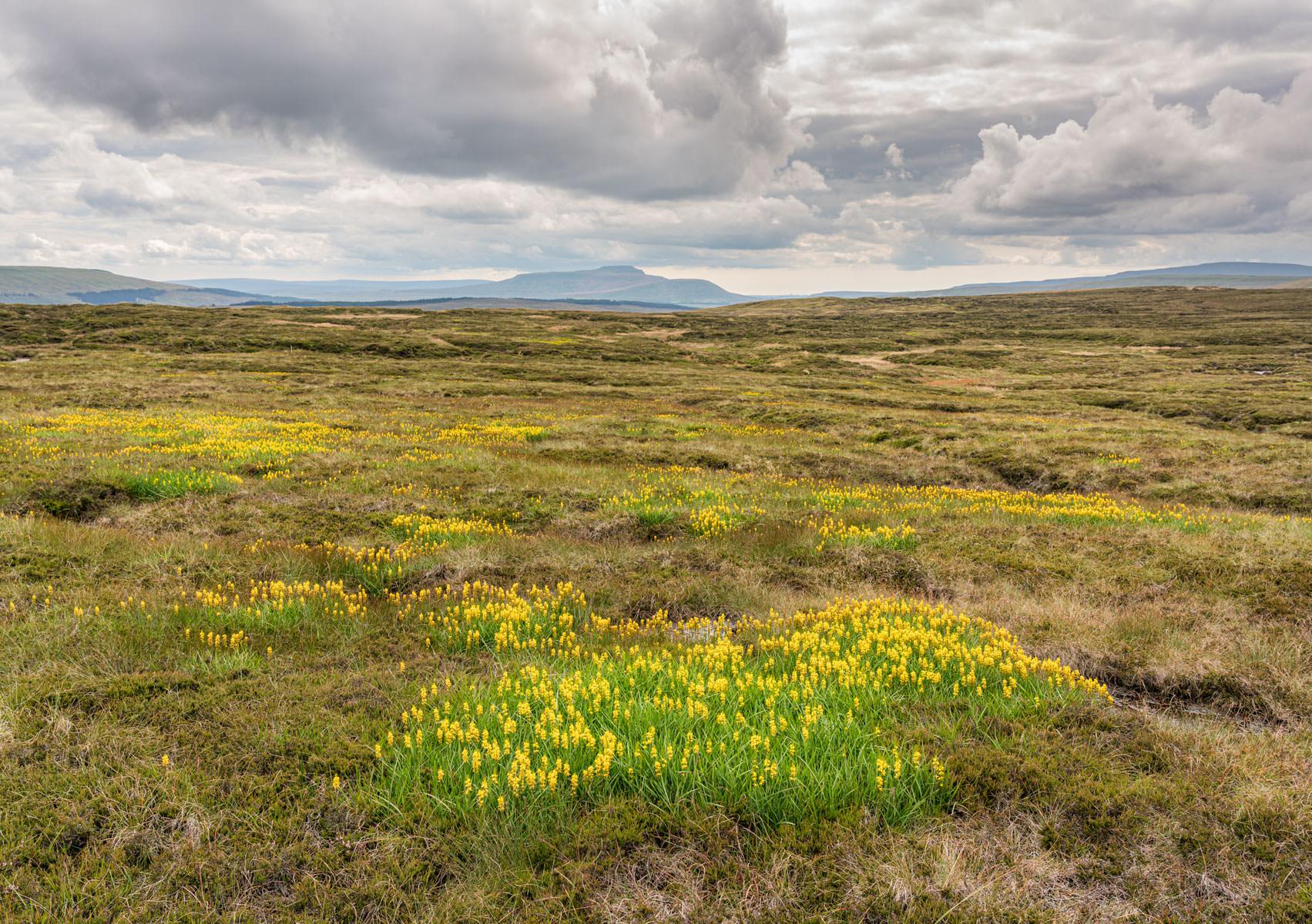 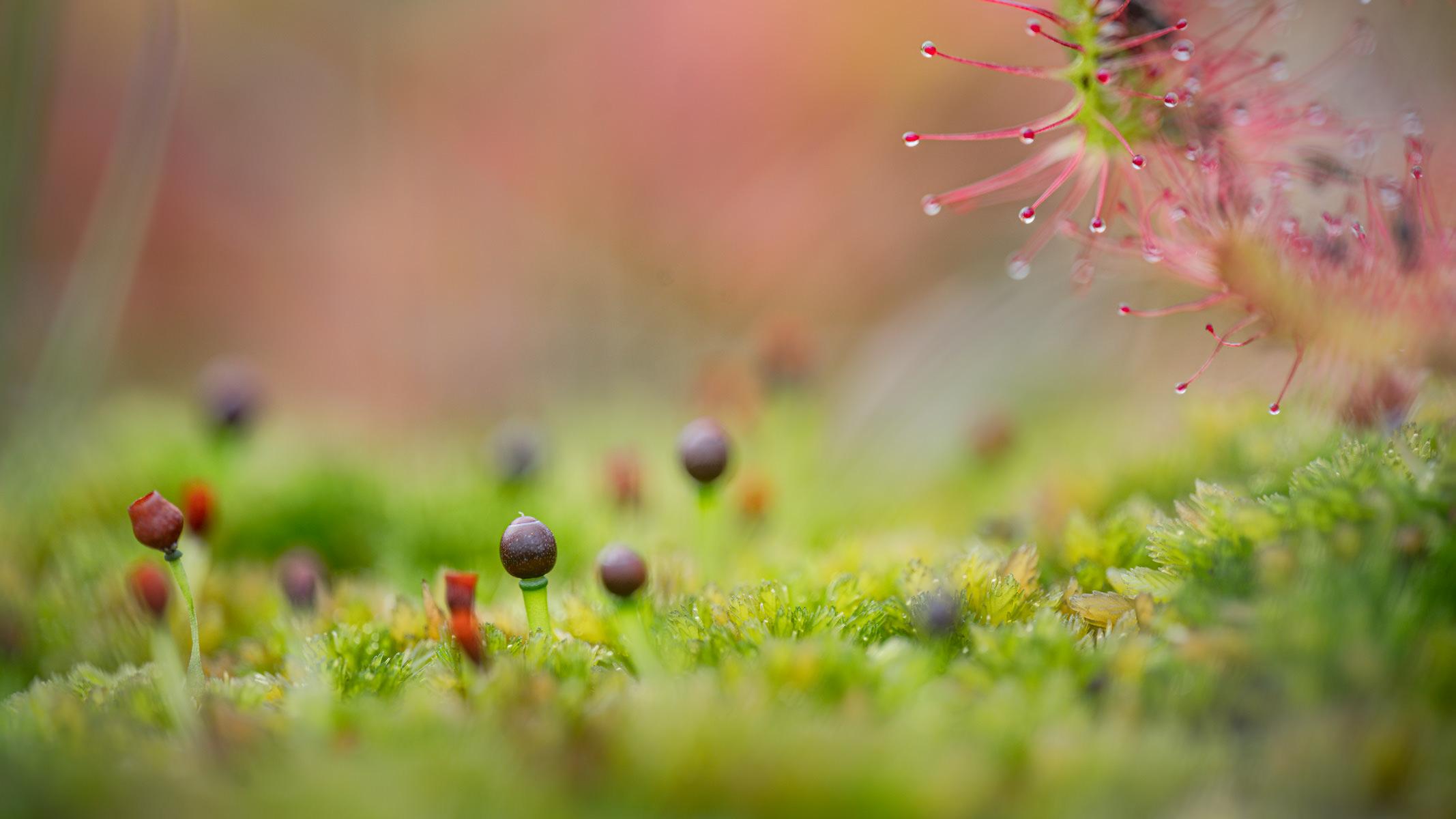 There were clumps of heather but nothing widespread and, although we photographers tend to enjoy photographing endless carpets of heather, blanket bog covered primarily in heather is not a good thing. Biodiversity and balance is key.

Of course it’s not just about the plants. Wildlife thrives on healthy peatland and, even in its degraded state, Fleet Moss is home to countless insects, as well as short-eared owls, golden plover, curlew and many other birds. It was wonderful to see and hear many of these during the day. Perhaps most exciting was to be taken to a wonderful little oasis in the middle of Fleet Moss – a saturated area of mosses and grasses, very wet an example of what more of the area can and, in time, will look like again. 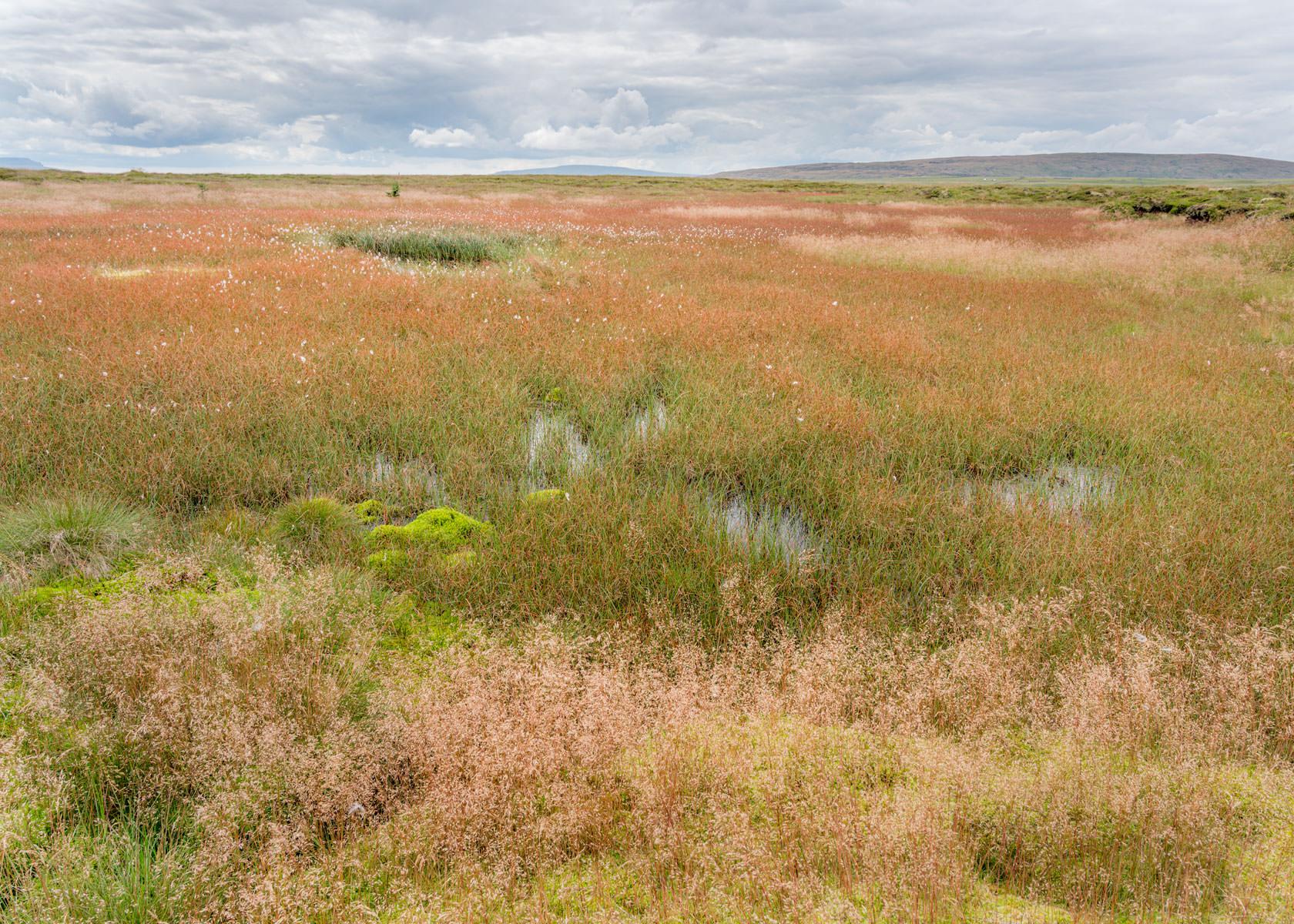 I’m aware my account of the day and of the work that is going on is necessarily simplified, I’m sure I’ve made a few too many generalisations and there are things I’ve not even touched on. There are some excellent articles online, however, where you can read more about the work going on and about why this conservation work is so very important. I’ve included links to just a few of these at the bottom of the page.

There were two statistics that really opened my eyes, when I first started reading about the importance of peatlands:

Both of these facts literally blew my mind and were what moved me to donate part of my Yorkshire based workshop profits to this kind of conservation work. Peat bogs may not be as glamorous as woodland, which is still my favourite environment in which to photograph, but I felt I could do most good by supporting our bogs. It's just a small gesture but something I hope will grow. For more information, you may like to visit the websites below: