There are many variables outwith our control in photography. Depending on your viewpoint, you can see this as a frustration or as one of the joys of our craft – that we can never be quite sure what we are going to get. The one thing that is always within our control is composition. Of course there are constraints within which we must work, but it is entirely up to us just what we include within our frame, as well as what we exclude. 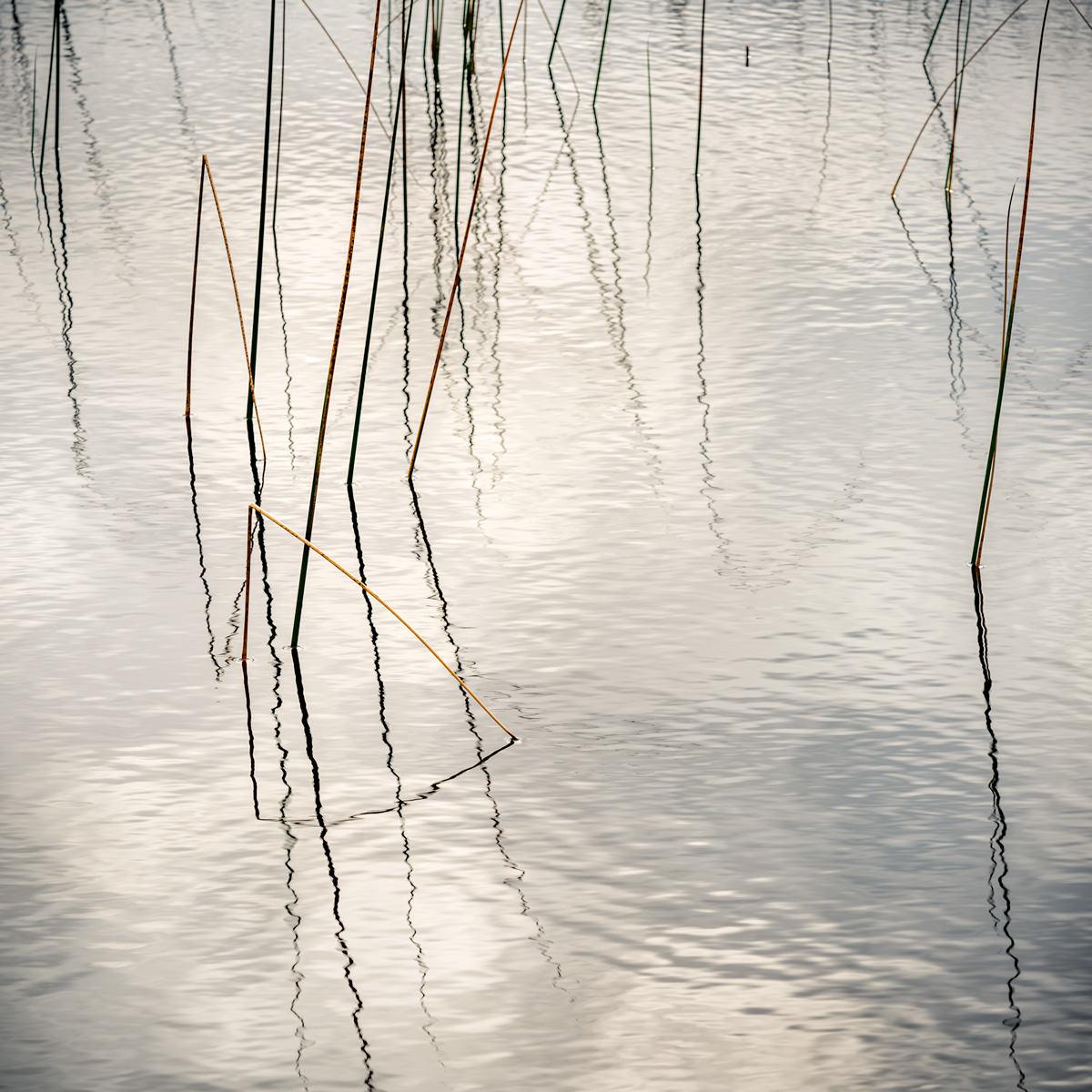 I was struck by a quote by Hans Strand a few years ago: “Photographers often talk about the importance of light in photography, but for me, composition is a far more important component. An image can live without good light, but not without a good composition.” I found it a refreshing antidote to the “it’s all about the light” mantra. More and more, however, I've come to the conclusion that so much hinges on what we deem to be ‘good’ light, or what we consider to be a ‘good’ composition.

Although the saying ‘less is more’ can ring true when it comes to honing our compositional skills, I’ve found myself increasingly drawn to more complex images. I like to be made to work a little – whether I’m behind the camera or viewing the final image. Not so hard that I give up and get frustrated, but hard enough that I feel I’ve been taken on some kind of journey – be that visual or mental. I’ve also learnt to accept that if I want to capture the spirit of a place, or a moment, then sometimes something has to give. 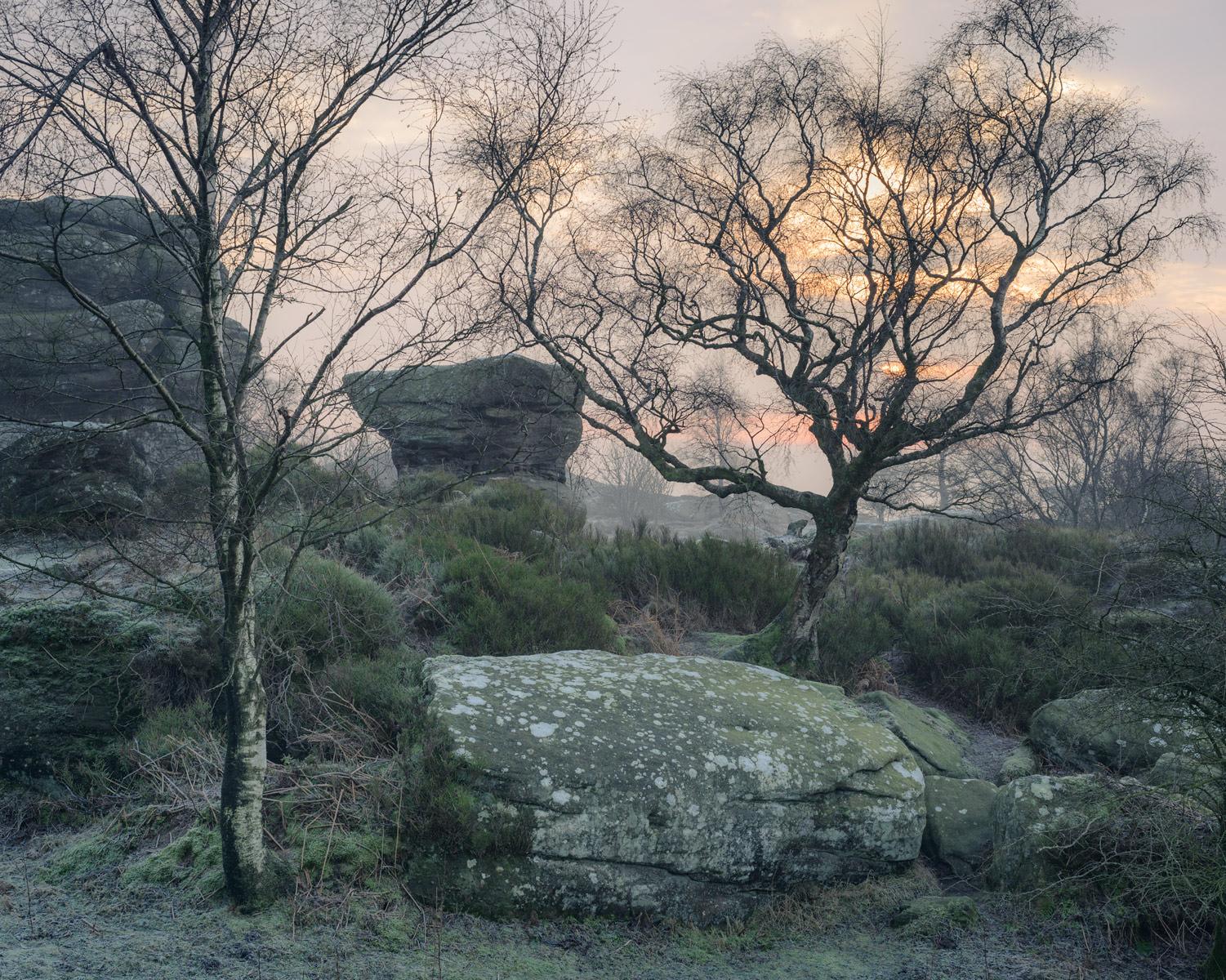 That’s not to say anything goes! The arrangement of all the elements within a scene are still incredibly important – but to achieve the kind of image I am after, then sometimes I need to move away from what I once perceived as prerequisites.

I’ve always loved being in woodland, going right back to my childhood days, but it was really only until about six or seven years ago that I began to make a serious attempt to photograph in such an environment. I think my previous reticence was down to an impossible mission for perfection, or perhaps, what I perceived as perfection. I live in Yorkshire, in the north of England, and our woodland can best be described as wonderfully chaotic.

In my earlier days, I yearned for those dead straight beech trees and pristine forest carpets seen in some of our southern woodland. Yet, over the years I have learned to embrace the chaos and to celebrate all that is wonderful about our somewhat scruffy and characterful northern woodland! Amongst other things, I’ve realised that it’s all right to cut things off as you see fit, you can have a bit of chaos even at the edges of the frame, and that a featureless sky doesn’t always have to be excluded. 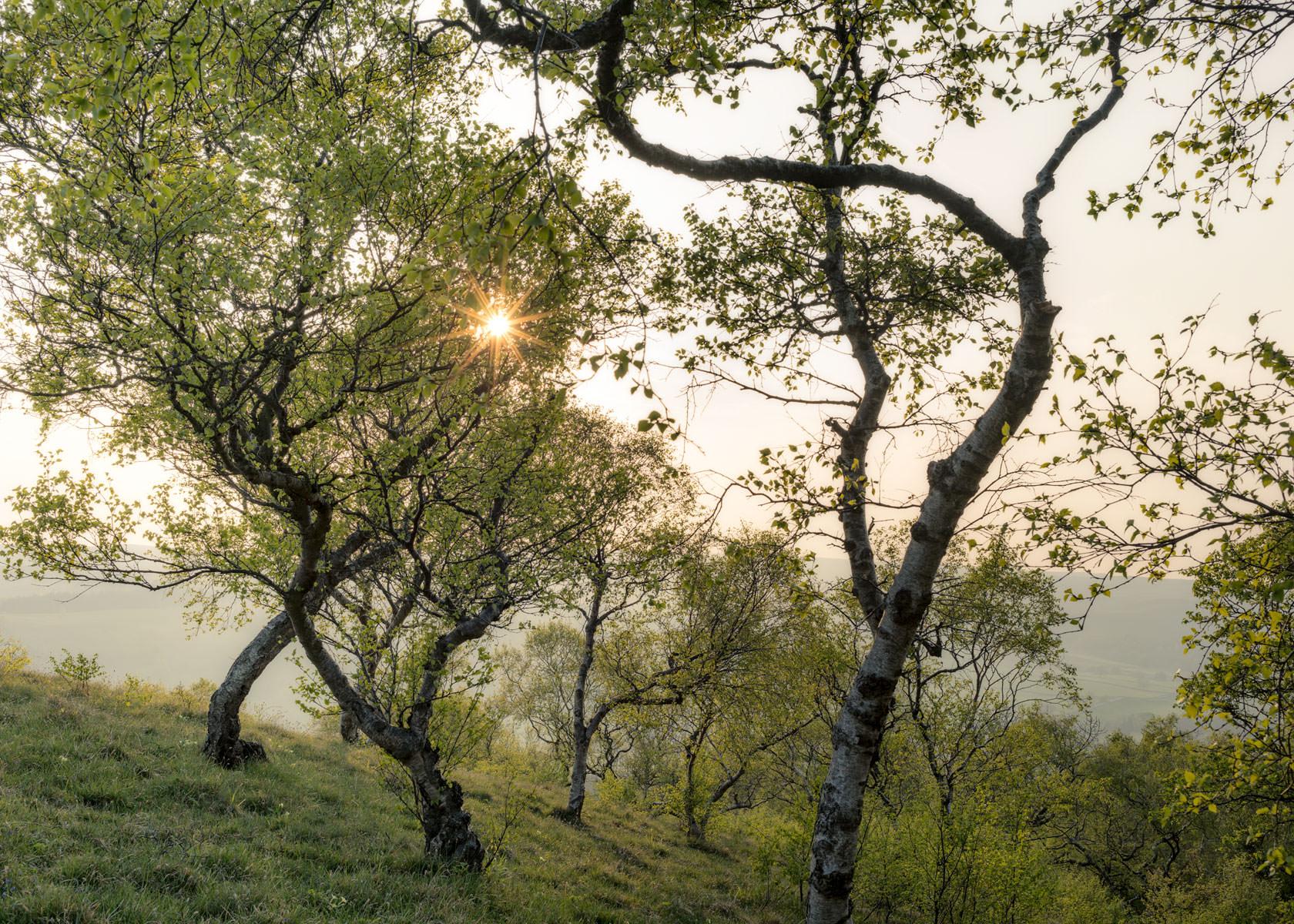 For some reason photography seems to be far more subjected to so-called rules than other art forms, whether these are self imposed or taught. Visiting an exhibition in London many years ago, featuring the remarkable work of the Canadian Group of Seven, I noticed how so many of their paintings were celebrated despite (or perhaps because of) having what might be deemed ‘off beat’ or unusual compositions.

I was particularly drawn to the work of Lawren S Harris. Look him up and you’ll see how many of his woodland and wider landscape paintings include truncated trees. They are simply wonderful and I doubt anyone would question his thinking or his right to create in this way. I also noticed his use of light and how this gave such incredible depth to his work. The bottom line is, composition and light work together to depict a particular mood and, with luck, to create art that is compelling. I don’t think one can live without the other – it’s just the word ‘good’ that is so subjective!

A painter can, should they choose, indulge in a little rearranging of the scene they paint. A photographer, on the other hand, is bound by greater constraints – or at least if we are creating what might be termed a conventional image. Despite that fact, there’s still plenty of evidence of eminent painters apparently going with what feels right or perhaps being totally faithful to the scene in front of them.

Take the early 20thcentury painting, Beskyd Landscape by the German-Moravian painter, Hugo Baar. To my mind it is a delightful piece, but I find it interesting to see how the different elements are arranged. A small path, flanked by trees, leads to a small village, backed by snow-clad hills and a number of copses. We have trees overlapping and partly obscuring the view towards the houses in the middle distance.

I find it a very natural composition and, quite simply, it just works. Look closely and you can see that everything is very carefully arranged – yes, we have elements overlapping, but they combine to create a pattern that has balance and grace. Baar has also used light and colour to create depth and to draw us into this beautiful winter scene. I’m sure not everyone will see it as such – but that is the beauty of art – it is open to interpretation. I’d be interested to see how opinions might vary, had this been a photograph rather than a painting. Expectations seem to differ; yet I believe there is little more satisfying than juggling with the elements to create a complex, but balanced, composition such as this, no matter the medium. 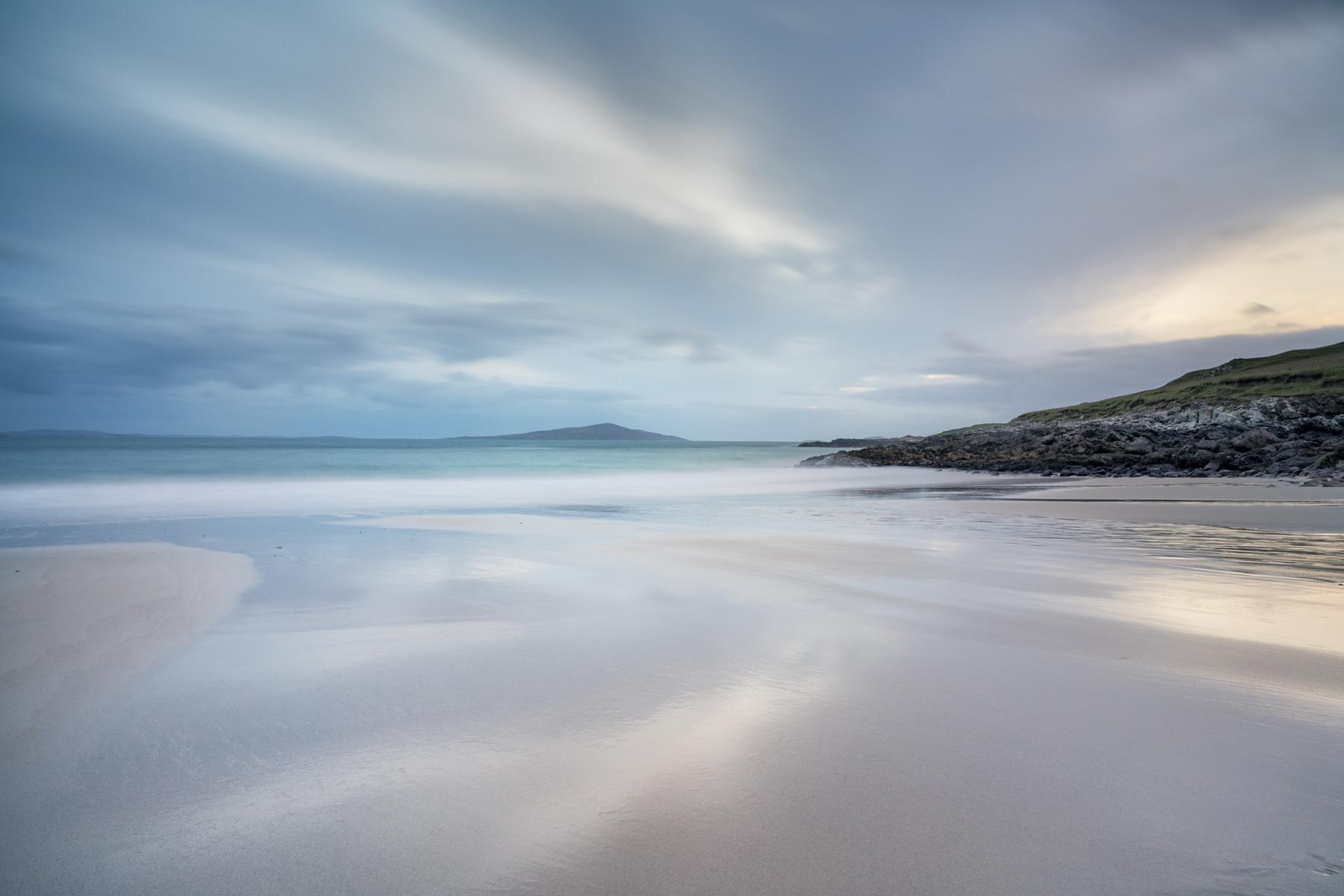 Another ‘cardinal sin’ I seem to commit, on a fairly regular basis, is to place my horizon slap bang in the middle of the frame. Is this a conscious decision? Occasionally yes, particularly when I’m composing a square. However, often it is simply the result of going with what feels right, what gives the resulting image the mood and sense of space I wish to convey. It seems not everyone is comfortable with this placement!

Often an image will work well with several different crops – in fact it’s perhaps surprising how often this is the case. It’s not necessarily that one is better than another, it’s more to do with how substantially you might alter the feel of an image by cropping it in a certain way. We’re back to our compositional free will of deciding what we leave in and what we leave out. A degree of tension, even a slight imbalance, can work - as ever, it’s all about intent, about feel and instinct. 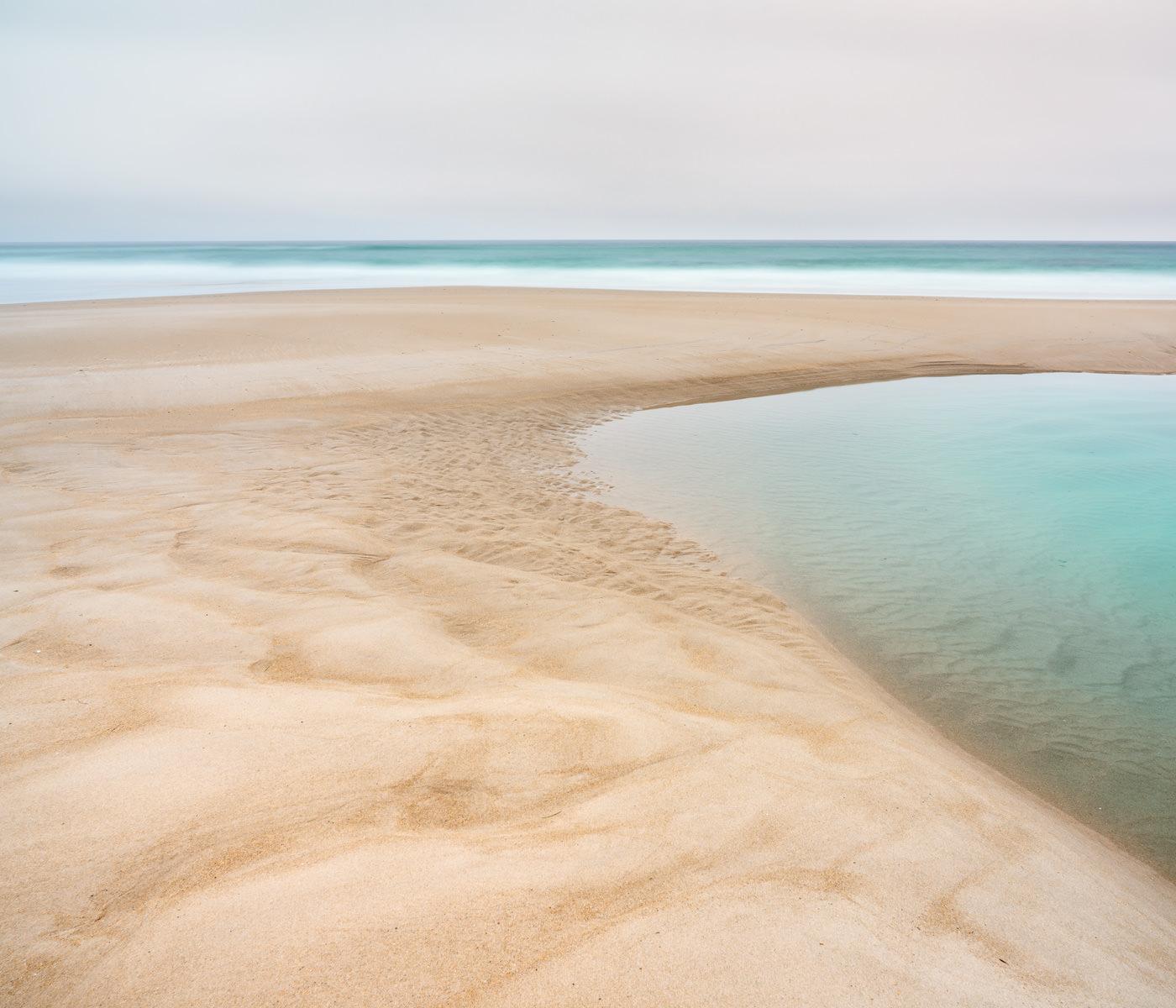 Sometimes the constraints of our surroundings give us no choice. It may be physically impossible to stand where we’d ideally like, the weather might prevent us from staying as still as we’d like, we may not have the perfect focal length for the image in our head.

I have a photograph from the far North West of Scotland, taken during the winter storms a few years ago. I was being buffeted by gales and I was also trying to time my shot coincide with interesting and powerful wave patterns. Of the few photographs I managed before the conditions defeated me, one stands out. It’s a little uncomfortable – there is none of the breathing space I would normally look to include – yet that slight sense of claustrophobia is completely in tune with the storms hitting the coast that afternoon. 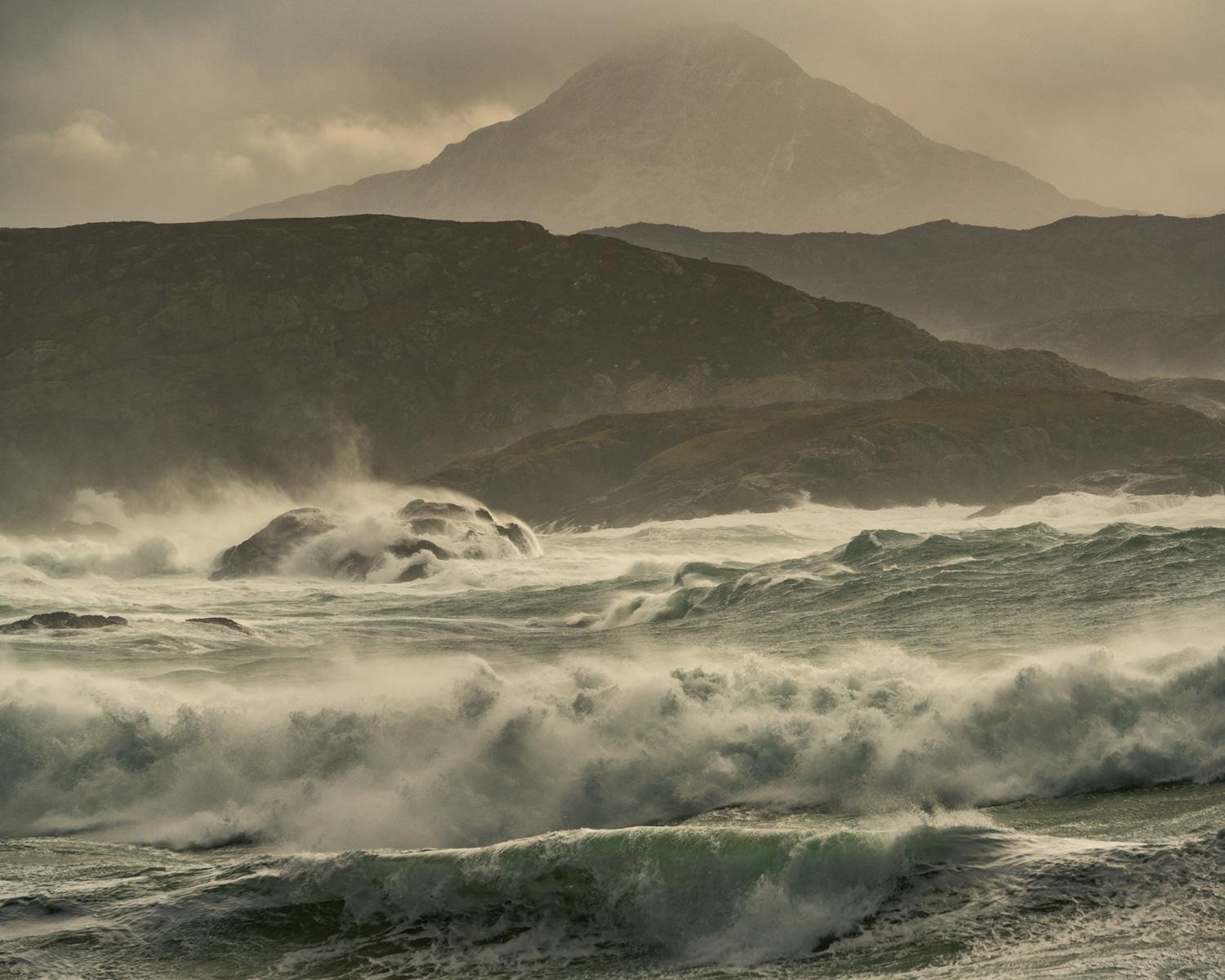 Were you to consider it purely from the conventional idealogy of a ‘good’ composition, you might argue it fails. However, when you take into account the atmosphere and conditions of the day, the power of the storm and that sense of discomfort, your perceptions change, your bias relents, and you accept (I hope) that it succeeds as an image.

Essentially, there are no hard and fast rules. Landscape photography as an art form has to allow us freedom, a means to express ourselves and to illustrate a sense of place. I still pride myself on taking a huge amount of care with composition – I love trying to make sense of a challenging scene. However, I’m also trying to leave room for the ineffable. Sometimes, things just work for us. We can’t explain why but we know they do and that, surely, is one of the joys of photography, and of art as a whole? 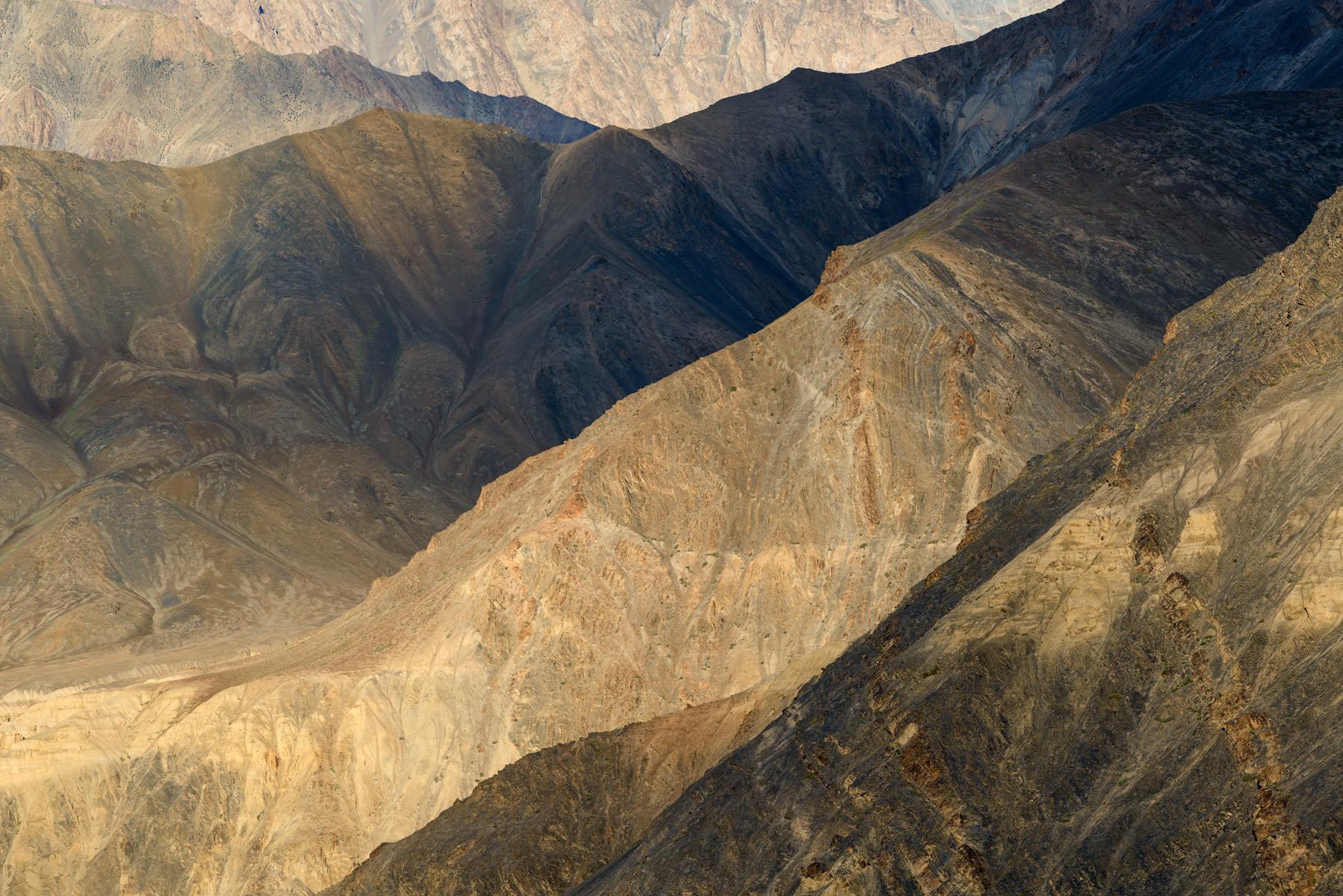 This article was originally published in Landscape Photography Magazine in April 2019. It's also the subject of a talk I recently gave at the Mini Meetings of Mind conference at the Joe Cornish Gallery earlier this year. I'll be expanding the content of this talk to give to photographic clubs over the coming year or two. 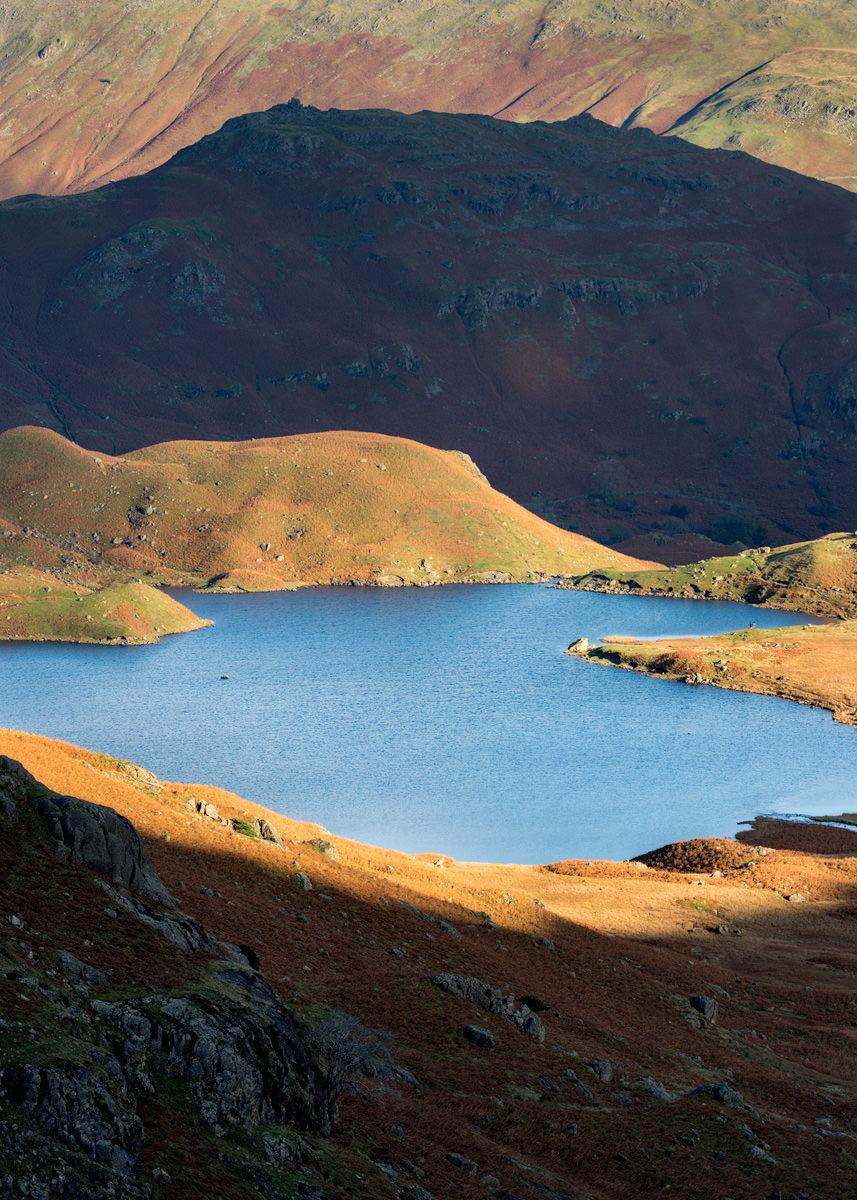